Conversations LIVE radio show host Cyrus Webb began the month of March 2013 with an interview that has topped all other interviews. PJ Morton, the Grammy-winning producer/member of Maroon 5 and Young Money, came on the show Friday, March 1st and broke all other records for the show's 9 1/2 year history. 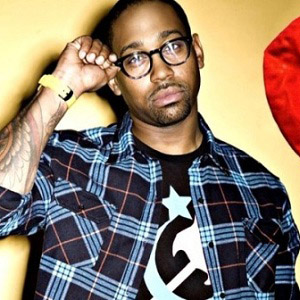 Over 9k tuned in for the show live and less than 48 hours later over 34k had listened to the podcast.

"In terms of numbers this is by far the biggest interview of my career as a talk show host," says Cyrus Webb, Executive Producer and host of Conversations LIVE Radio. "It is humbling to see how people responded to the interview. I couldn't have asked for a better reaction."

Listen to the interview here: PJ Morton of Maroon 5 and Young Money on Conversations LIVE 03/01 by conversationswithmusic | Blog Talk Radio

In the interview Morton talks with Webb about his beginnings in music, the single ONLY ONE featuring Stevie Wonder and his upcoming album NEW ORLEANS.