Gospel Blue Mic Assoc., in association with Star Radio, is pleased to announce the launch of its new program: The Derek Dunn Show! 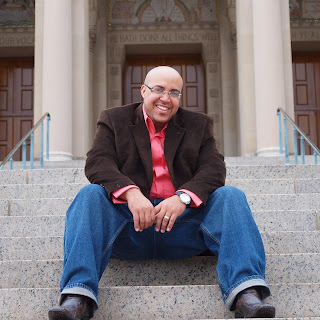 "This is something that was a natural fit for Star Radio," says Charles Clark, President of Nebo Media Group and Executive Producer of the new show. "Derek Dunn is one of those individuals that have an ear for music and a appreciation for the Gospel. This program will give listeners both."


Derek Dunn, the preacher's kid from Virginia, is now not only a Gospel Blue M.I.C. award winner but a three-time winner of Star Radio Music Awards. In spite of the success, Dunn believes all of what he is achieving now in his career is because of where his focus has been since the beginning.

His overall mission: To inspire people to live for God. Over the past 30 years he has been not just honing his craft but his relationship with his Heavenly Father as well, and this has catapulted him from singing in his father's church to sharing the stage with celebrated artists such as Donnie McClurkin, Fred Hammond, LaShun Pace Rhodes, Jonathan Nelson, Deitrick Hadden, and Earl Bynum.

The Derek Dunn show will debut on Tuesday April 2nd and will be every Tuesday on Star Radio. It will showcase his unique taste in Gospel music and will focus mainly on Indie Gospel Artists including his main feature of the week.

Posted by Conversations Magazine at 1:00 AM