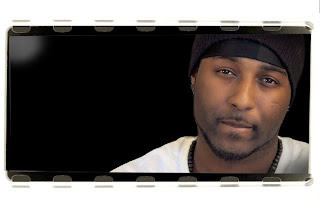 Conversations Media Group Founder and President Cyrus Webb is excited to announce that he is now serving as Senior Publicist for recording artist DaShawn.

At a time when many in the music industry are looking and sounding like just one of the pack, R&B artist DaShawn is one of those up-and-coming artists that shows real star quality and has the work ethic to stay on top.

At the age of 15 DaShawn was spotted with the R&B group he was in (Unique) by a local record exec from G-spot Entertainment. Eventually the company signed the young group while he was still in high school. But DaShawn was more than just a member of a group, proving so in 2006 with the release of his Diary of DaShawn mixtape. Gaining attention on his own, it was no surprise when the group split in 2008 that he would begin work on his solo career.

In an attempt to display his maturity and songwriting abilities, DaShawn wrote every song on the mix tape. The Mixtape's first single, "Can U Handle It," established DaShawn as one of R&B's hottest unsigned artists. The Mixtape reached number six on Datpiff.com and became the top mix tape of the day. On the 5th of December 2010 DaShawn signed a distribution deal with Island Def Jam Music Group and released “Can U Handle It” as the official first single of his debut album “On My Way”, which was scheduled to be released in early 2011. The Single topped the R&B charts reaching number 12 on top R&B singles. This gained a legion of new fans. Since then he has appeared on multiple radio interviews, was featured on the cover of Conversations with Music Magazine (published by Conversations Media Group) and has even gained the respect of fellow artists.

"I see it as a real honor to be a part of DaShawn's team," says Webb. "He is definitely one of those artists that is sure to continue to grow and raise the bar for himself and others."

Currently DaShawn is working on the release of his debut album and the music video to follow up the single “Late Night Show”. With well over 300k MySpace song plays , 24k ringtone downloads and thousands keeping up with him on Facebook and Twitter, DaShawn is proving to be one of R&B’s go-to guys for great music. Find out more information about the artist at www.facebook.com/dashawnonline , www.twitter.com/dashawnonline and www.youtube.com/dashawn254.
Posted by Conversations Magazine at 2:48 PM