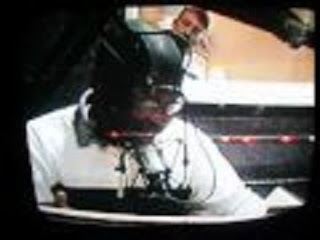 Posted by Conversations Magazine at 4:00 AM No comments: 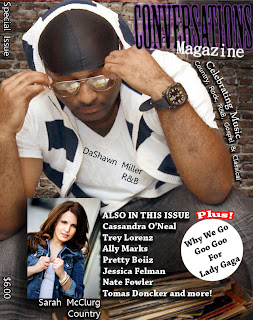 "I am really excited about the growth of the Conversations brand both in print and in its reach," says Cyrus Webb, Editor-In-Chief of Conversations Magazine and President of Conversations Media Group. "With the two new publications we will be able to release not just more timely content but profile more individuals that are making a difference."

CMG will continue to publish its monthly magazine Conversations,however, these two bi-monthly editions will cater more to lovers of fashion, modeling and music.

The test issue of Conversations With Music was announced in April 2012 and was almost immediately a hit with over 1800 single issues sold. It features recording artist Dashawn Miller, Tomas Doncker, profile of Lady Gaga, professional dancer Michael Silas, Ally Marks, Cassandra O'Neal and others. In all over 8 countries are represented in the issue.

Details can be found at www.conversationswithmusic.com. The issue can be purchased now for only $6.99, shipping included. The next issue will be released Friday, June 29, 2012. 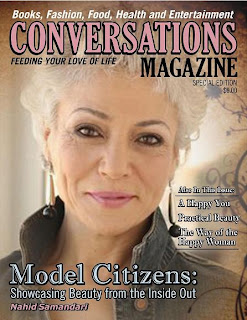 When it comes to Conversations Model Citizens, the test issue was just as well-received and far-reaching.

Originally released in late 2011, Webb gathered a diverse profile of individuals that showed that beauty was more than just what you saw, it represented who you are.

Details can be found at www.conversationsmodelcitizens.com. The new issue can be purchased now for only $6.99, shipping included. It will release on Friday, July 6, 2012.

Webb believes that these two new editions will allow Conversations Media Group to better fulfill its mission of feeding the love of life that his readers have, and he appreciates all of those who have supported the growing brand thus far.

Stay in contact with everything going on with Conversations at www.conversationsmediagroup.com. Contact Cyrus Webb directly at cawebb4@juno.com or 601.896.5616.

Posted by Conversations Magazine at 7:33 PM No comments: