You've seen him on the cover of Conversations Magazine, now recording artist DaShawn returns to Conversations LIVE radio show to discuss his love of music and to introduce his new single "I Need You."

"Conversations LIVE is like home for me," says the R&B singer. "Its great to be able to catch up on what I've been up to and to give listeners an exclusive listen to my new song." The single will make its world premier on Tuesday, March 5th @ 6p.m. et (5p.m. ct/3p.m. pt). http://www.blogtalkradio.com/conversation-pieces/2013/03/05/artist-dashawn-releases-new-single-on-conversations-live 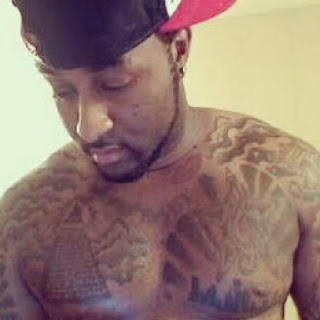 Dashawn has been making a name for himself since the release of his mixtape DIARY OF DASHAWN.   The Mixtape's first single, "Can U Handle It," established DaShawn as one of R&B's hottest unsigned artists. The Mixtape reached number six on Datpiff.com and became the top mix tape of the day. On the 5th of December 2010 DaShawn signed a distribution deal with Island Def Jam Music Group and released “Can U Handle It” as the official first single of his debut album “On My Way”, which was scheduled to be released in early 2011. The Single topped the R&B charts reaching number 12 on top R&B singles. This gained a legion of new fans. Since then he has appeared on multiple radio interviews, was featured on the cover of Conversations with Music Magazine (published by Conversations Media Group) and has even gained the respect of fellow artists.

The release of the new single on Tues. March 5th is just the beginning of what the artist has in store for fans in 2013. With well over 300k MySpace song plays , 24k ringtone downloads and thousands keeping up with him on Facebook and Twitter, DaShawn is proving to be one of R&B’s go-to guys for great music.

Save the date and listen to the world premier of DaShawn's new single "I Need You" on Tues. March 5th @ 6p.m. et (5p.m. ct/ 3p.m. pt) at http://www.blogtalkradio.com/conversation-pieces/2013/03/05/artist-dashawn-releases-new-single-on-conversations-live After it's release on the radio show DaShawn is making the single available for FREE for a limited time online. Stay tuned for locations.

Find out more information about the artist at www.facebook.com/dashawnmusic, www.twitter.com/dashawnonline and www.youtube.com/dashawn254.
Posted by Conversations Magazine at 1:49 PM