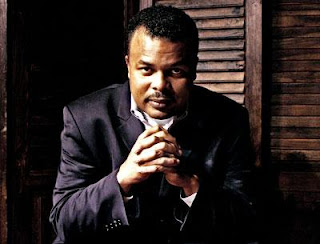 Brothaonline.com is pleased to announce that it's 1st Visionary Media Award winner is acclaimed filmmaker Janks Morton for his documentary "Hoodwinked".

"This documentary is a "must see" for every African American in the country," says Charles Clark, Founder of Brothaonline.com and Editor-In-Chief of Brotha Magazine. " this film shows the myths of the African American male and then reveals the truth."

"Hoodwinked" is the much anticipated and long awaited sequel to 2007 Best African American Documentary "What Black Men Think". The film addresses how some have allowed Black identity to be twisted and maligned, while also adopting this societal defamation of character as their own belief set.

Janks Morton is a groundbreaking international and award winning Documentarian. As founder of iYAGO ENTERTAINMENT GROUP, LLC, he states “the company came into existence to reflect both the conscious and unconscious soul of Black America". JANKS MORTON has been in the entertainment industry for more than 20 years and is a much sought-after teacher, lecturer, commentator and motivational speaker. He has convened workshops, seminars and served as panelist and keynote speaker at colleges, universities, prisons, conferences, churches and community centers around the world.

This award will be given annually to person(s) using a media platform to inform, educate, and inspired the our community.

Find out more about Janks Morton and his work at http://www.whatblackmenthink.com/.

Posted by Conversations Magazine at 5:07 AM